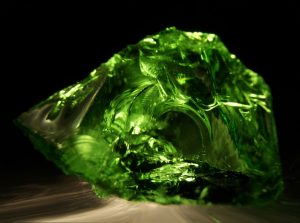 “How were Andara crystals created? Is it by volcanic activity or some other event? Are there other theories that can explain their existence?”

There are several creation theories being presented as fact: the first being volcanic activity, another being a meteor impact, and yet another that was channeled claims it was a metaphysical accident by ancient Lemurians.

All theories aside, to begin to understand Andara crystals one must first understand monatomic materials and the esoteric matter that comprises their quantum nature.

It would take much longer to write this out than I have space for in this newsletter, so I will say this: Andara crystals are esoteric matter in the form of monatomic materials exhibiting quantum properties at a non-quantum level.

As esoteric matter, they are considered energy / light as manifest matter of the first order in a quantum state of resonance. So what does this mean? Andara crystals are what would be called transcendent Gateway esoteric matter, exhibiting both qualities and properties of present matter within a quantum flux possibility matrix.

I am probably losing you at this point, so I will make an analogy. Science does not know how energy / light condenses into matter or what triggers this event. But we do know how to convert matter back to its energy / light state.

Picture an unlit candle. When you light it, the flame produces energy, matter being transformed into light. If we reverse our observational perspective, and apply the mass–energy equivalence or e=mc2, then we see that the light/energy is materializing as the candle.

It is that very effect that is the first step in understanding the principles involved as quantum fields in esoteric matter. At the quantum level, matter is in a continuum of existence and possibility. As first order matter, Andara crystals exhibit this quantum property at our level of experience.

Like a rainbow, Andara crystals are not created. Both are possibilities of light made manifest within the illusional confines of material reality. To define them otherwise is to shut the door on the possibilities that they represent and the reality of who you truly are.

In short, they are gifts of light from source, created in the now as light and matter, as needed by all who wish to drop the veils of restriction, the illusion of self, and realize that there are only possibilities.

Our 14 Day 100% Money Back Guarantee - If you are not 100% satisfied with your purchase, we will refund your purchase price, no questions asked. Buyer is responsible for all return shipping costs.